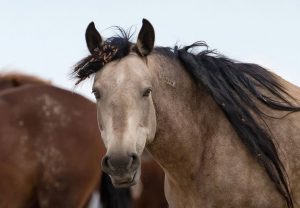 I have spent the last day trying to figure out exactly how I want to word this blog entry. I am a wild Mustang advocate and an equine attorney, and those two parts of me are in conflict right now. I have read the 170-page PDF the BLM has issued concerning the proposed gather and removal of all horses from 3 HMAs in southwestern Wyoming. I was hoping to find a novel argument that would make the BLM decide not to pick that alternative among four that they mention in the report.

But the job of an attorney is to share the truth not to make people happy. The truth is that while this gather might be delayed for reasons I’ll discuss in a minute, the BLM will invariably remove these Mustangs and in fact, has the legal power to do so. That power was given to it in a Consent Decree (a court order) issued way back in 2011. The alternative the BLM advocates – the removal of those Mustangs and literally making it so that wild Mustangs no longer live there – is expressly listed in that court order. The BLM is following the law. I wish I didn’t have to say that, but I do. There are still ways to help the Mustangs so read on after you take a minute to let that sink in.

How did we get here?

In a nutshell, the report sets out four alternatives concerning the wild Mustangs in the checkboard area of southwestern Wyoming. The Rock Springs Grazing Association (“RSGA”), which owns most of the private land in that area, has historically allowed a small number of Mustangs to graze on the private land. Their land and the BLM land is literally interspersed like a checkerboard every square mile, which is 640 acres. The RSGA revoked that permission in 2010, and sued the BLM in 2011 to remove the Mustangs. In 2013, a Consent Decree was agreed to by the RSGA and the BLM. It was opposed by the American Wild Horse Preservation Campaign and other wild Mustang advocacy groups who had intervened in the case but the Court granted it over their opposition. That Consent Decree literally lists the exact alternative that the BLM is advocating for at this time.

What can you do, short term?

You can write a comment to the BLM and tell them you want alternative A, which leaves things the way they are right now, with the Mustangs on the range. If you do, you should know a few important things: 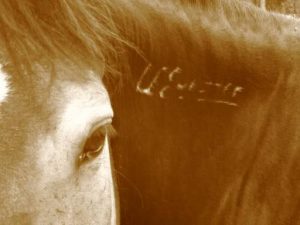 Well, the BLM acknowledges on page 10 that “[T]he Consent Decree requires that BLM consider these actions, but does not require that the BLM implement any specific action. The BLM has met the requirements of the Consent Decree by considering each of these actions as elements of various alternatives in this EIS, though no single alternative considers all of them together.” The BLM is under no obligation to actually do any kind of removal right now. It has considered the options and that is all that is required by the Consent Decree. It is, therefore, acting in accordance with the law, and the BLM could choose to do nothing.

The BLM could choose to leave the Mustangs on the range (Alternative A) because we are in an extraordinary time that it did not foresee or address in January 2020 when it wrote this report. This country is now in the throes of the COVID19 pandemic. This is not the time to be spending money gathering wild Mustangs when there is no emergency reason to do so. For example, the Mustangs in that area are not in danger of starving or dying of thirst. Having gathers increases the likelihood of exposure of people to COVID19 who might not otherwise have that exposure. We are seeing non-essential businesses being closed and people being cautioned to remain socially distanced, sometimes even being ordered to stay at home, so that we can flatten the curve of this dangerous virus. Gathering these Mustangs is not essential. The BLM created the report and considered the alternatives as required under the Consent Decree. Therefore, it should defer any gather until at least 2021, when more will be known about the virus and hopefully, the curve will have flattened or a vaccine may even be available.

The Court continues to maintain jurisdiction over this matter, as stated in the Consent Decree, so an emergency motion might be able to make this argument about extenuating circumstances, depending on the Court’s schedule during the pandemic. But the BLM can take this action without the necessity of anyone filing a lawsuit to stop the roundup. This is a rare time when the BLM, RSGA, and wild Mustang advocates can actually come together and agree on something that serves the entire country. We should all agree about what is most important now, and the BLM should hold off on these roundups in light of this unique point in history. We can all revisit the issue next year, at a time that is hopefully not as fraught with uncertainty and danger.

Because I know I will be asked, yes, you may discuss this COVID19 argument in your comment to the BLM. But do not send a form letter or quote me directly. If this is what you truly believe, then speak from your heart. If we don’t do that now, when will we?

Where do we go from here? 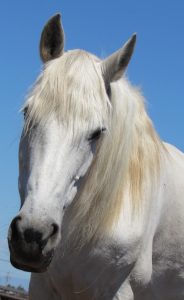 I think that, in reality, we, Mustang advocates, need to realize that we need to put our energy, minds, hearts, and money together to find a viable solution for these Mustangs. Even if they stay on the range for now, the Consent Decree clearly shows that one day they will be removed. I know, I hear you. “But, Jo, they might not be gathered.” Yes, that’s true. The Consent Decree does not expressly require it. However, there comes a time when, as painful as it is, we have to look at what is going on and find a better solution. We owe it to the Mustangs. If we know they are going to be gathered, what can we do now to find them places to live, whether that is at established and new sanctuaries, adoptive homes, or other avenues that we come up with when we put our energy there.

Based on what I have learned by reading this document and what I understand as an attorney, I think that a good course of action is to submit a comment as outlined above and then start thinking of ways to help those Mustangs who will need a place to live. Maybe that’s one blessing from this pandemic. We have the time and the ability, thanks to the Internet, to find ways to help that we might not have had before. It won’t be easy. But we’re never promised that it will be. I know that it is an incredible blessing to simply be able to help the Mustangs any way I can and to be in their presence. They are truly special.

I wish I had better news, I really do. But for the Mustangs, for those relatives of my beloved Annie (the white mare pictured above), who is from Salt Wells, I vow to work on solutions so these magnificent horses can live in a way that allows them to remain true to themselves, even if they can’t remain on the range.