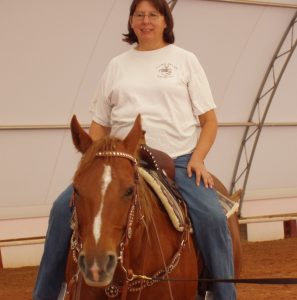 The Wall Street Journal article entitled “Midlife Crisis?  Maybe a Horse Will Help,” reports that women in their midlife years are returning to horses and horseback riding. Such a phenomenon is no surprise to horsewomen. But having this issue addressed in a well-respected, nationally-read newspaper raises our personal awareness of this issue to one of national interest. A lot of horse people, especially women, feel like people who aren’t involved with horses think their riding is not an important part of their lives. But this article, by virtue of being in the WSJ, shows it’s something that shouldn’t be dismissed. It pointed out that more than 75% of horse owners are women. We all know that at any given barn, way more than three-fourths of the people spending their time there are women, many of them riding horses they don’t personally own.

When I was a trainer and clinician, “mid-life” women riders were the group I especially focused on and worked with. Women in this demographic group just want to ride, and many of them either don’t want to compete or they want competition that’s centered more on fun than placings. Many of the women I worked with primarily wanted to explore the relationship they could have with the horse they rode. They valued the fact that being with their horse gave them time away from work and family obligations. And sometimes they wanted to find other “older” riders to explore the special life experiences and camaraderie that this group shares.

The biggest concern women in this group of riders had was safety. Many of them remarked that they were fearless when younger, but now they were more focused on riding in a discipline that was safer – for instance, dressage rather than jumping — and having a horse they could trust. They didn’t want the young, green broke horse or the troublesome horse they might have ridden when they were younger. They wanted a safe horse they could really build relationship with and feel safe riding. Far too often, I saw women buying horses they’d been told were safe, but the horses wound up being difficult, even to the point of injuring some of those women.

There are several steps you can take to make it more likely that the horse you buy will be the safe and trustworthy horse you want. First, consider where you are buying the horse. There are a lot of great people out there selling horses, but, just like in every other aspect of life, there are also people who just want to make money. Other people need to get rid of a difficult horse they can’t afford to keep will resort to bending the truth, lying, or simply not disclosing issues in order to do so. 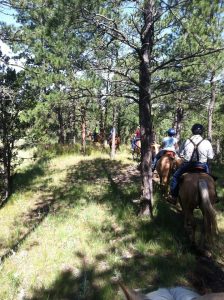 One way to protect yourself is to ask a thorough list of questions instead of just relying on someone to tell you things. Doing so allows you to get information crucial to you, sometimes information that even an honest seller may not think is important. Some of those questions include: Has the horse ever bucked? If so, why and when? Has the horse ever bolted? What circumstances surrounded that incident and did it happen more than once? After all, a seller younger than 30 who’s been riding the horse in question may not think it’s a big deal if the horse has bolted – but that might matter very much to you.

Even if you ask all the right questions, another important way to protect yourself is to have a written purchase and sales contract. An important thing to remember is that the cost to purchase the horse is just a small amount of what a horse costs.  There are recurring fees that include feed, boarding, vet, and farrier, and even lesson or training costs.  A well-written and understood contract may be the difference between you having a horse you can enjoy and one that injures you.  Without a good purchase and sales contract, you may even find yourself with an unrideable horse you have to pay a lot of money to maintain — to the point that you can’t afford to buy a second horse you can ride.