Are you concerned about the legal issues surrounding COVID19 and your horse business or personal horses? I have written an e-book entitled “Horse People, Don’t Panic: COVID19 Legal Issues for the Horse Community.” It’s a free PDF download, and you are encouraged to share it in its entirety and let others know they can download it here.

You will learn about legal issues concerning liability, horse care if you get sick, equine estate planning, and contracts during these difficult times. This is an educational service of Windhorse Legal, PLLC, and does not constitute legal advice. It is my hope that this e-book can give you some information that helps you make informed decisions and helps you discuss these issues with an equine attorney in your state.

Feel free to contact me if you need legal services I can provide. Stay safe, stay healthy, stay compassionate. 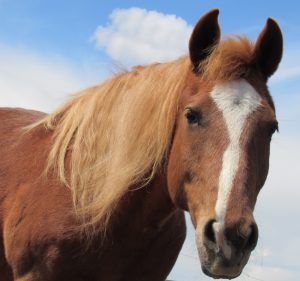 Because of the COVID19 pandemic, many people are thinking about estate plans. You may think that once you get your estate plan drafted that you can make some changes just by handwriting in the changes and adding your signature to the change. Unfortunately, it’s not that easy.

There are specific procedures that have to be followed when you execute the documents in your estate plan. According to Massachusetts law, you need a certain number of witnesses and those witnesses must meet certain requirements. You must also have documents notarized. If you do not meet these requirements, then your will, trust, or incapacity documents could be considered invalid after you become incapacitated or die. All that hard work and money that you put into getting your documents drafted correctly by an attorney will be wasted. Even more importantly, you may not receive the care you wanted, and your beneficiaries may not receive the inheritance you left them.

In addition, making a change to your estate plan without having your estate planning attorney do it may have other ramifications. You may put in a term or make a change that is not recognized by Massachusetts. For example, an Irrevocable Medicaid Trust must have certain language in it or it may be successfully challenged by Medicaid, causing you to potentially lose your home to pay for nursing care costs. An estate planning attorney stays current on any state law that may effect estate plans. This allows her to draft documents that meet your needs and are legally binding.

If you haven’t updated your estate plan lately or want to make sure what you have is legally enforceable in Massachusetts, contact me, and I can make sure everything is done correctly. 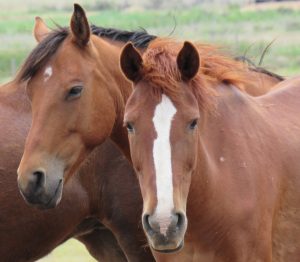 The October 2019 issue of The Atlantic contains an article that highlights the importance of an Irrevocable Medicaid Trust. In the article, the author discusses how older individuals may lose their homes if they need go into a nursing home and need Medicaid (also known as MassHealth in Massachusetts) to pay for it. She asserts that it is a little-known fact that most people don’t know to address unless they have a lot of assets and are doing estate planning. I am here to tell you that you need to protect your home if you think you will need to use Medicaid to pay for a nursing home in the future. With the rising cost of nursing homes – they can exceed $10,000 a month! – many people need to use Medicaid for themselves or someone they love.

Your home is perhaps your most important asset, and it CAN be protected with an Irrevocable Medicaid Trust. I draft these kinds of trusts for clients so that they can keep their homes for themselves and their families. I talk with my clients about the importance of doing this kind of trust as early as possible because there is a five-year look-back period, which basically means that you may not be protected if you use Medicaid for a nursing home within five years of putting your home into this kind of trust. There are some very specific requirements with these trusts, so you really need an attorney to make sure they are drafted properly.

Contact me today so we can talk about an Irrevocable Medicaid Trust and see how we can protect your home for you and your family. I have payment plans and discounts so don’t let the legal cost keep you from protecting your home. 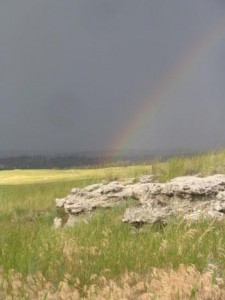 You may have seen the latest headline about Aretha Franklin’s estate. Not one, not two, but three handwritten wills have been found and submitted to the court. There are several reasons why this news is so important. When Ms. Franklin died, it was reported that she had no estate planning. Generally speaking, that means she died intestate, and the state law where she was a resident, Michigan in this case, decides how her assets are divided. With the discovery of three handwritten wills, the court now has to decide if any of the wills are actually valid under state law, and if so, which one controls how Ms. Franklin’s estate is divided. Not all states recognize handwritten (and I mean actually handwritten) wills, so that will be the first question the court has to address. Next, if handwritten wills are valid in Michigan, the court will have to decide if Ms. Franklin created the wills properly under state law. For example, some states require two witnesses to a handwritten will. If that is the case in Michigan, the court will determine if the wills meet that requirement. Third, the court will have to determine which will is the one that Ms. Franklin executed last because, presumably, that will should state that all other wills are null and void.

The presence of a will also means that someone can contest the will. What that means is that a person can claim the will doesn’t really reflect what Ms. Franklin wanted done with her estate. How can that happen if she wrote the will herself? Well, there could be a claim that it’s not her actual handwriting and that someone forged the will to make it look like she wrote it. Someone could also claim that she did not have capacity to write the will, which might mean a claim that she suffered from dementia. Another claim could be that she was unduly influenced or coerced into writing the will. It will be interesting to see what happens with the wills.

Is a handwritten will valid in Massachusetts? Yes, if it meets certain criteria. Should you write one instead of consulting with an estate planning attorney, such as myself? Probably not. You don’t know if your will or other estate plan meets state law requirements and is valid if you don’t consult an attorney. There are also many considerations that go into deciding what kind of estate plan is best for you. Let’s look at Ms. Franklin’s situation again. Let’s assume that at least one of the wills is valid. Depending on how much her estate costs, she may have to pay a lot in federal estate tax that could have been avoided if she had the proper estate planning, such as a trust. In Massachusetts, we have a state estate tax, so you have to really be careful that your estate doesn’t have to pay that tax when you die. In addition,  wills are public documents. If Ms. Franklin had executed a trust, then the distribution of her assets would have remained private.

There are many considerations – legal, tax, and otherwise – when creating an estate plan. Contact me today, and we can discuss the different possibilities that can protect you, your family, and your assets. 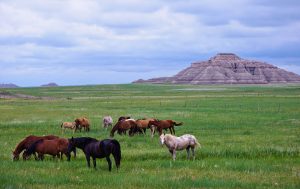 No one wants to go to a nursing home. But it’s unavoidable when patients get caught between hospital policies that require earlier and earlier discharge on the one hand, and the inability of family members to care for elderly or otherwise fragile patients who are being released from hospital care too soon for home care to suffice. So it’s particularly common for older patients who’ve had surgery or suffered serious illness to be sent from the hospital to a nursing home to recover. According to a June 13 NPR “Shots” Health News report by Jordan Rau, “Medicare Takes Aim At Boomerang Hospitalizations Of Nursing Home Patients,” this practice is creating a growing problem for patients who don’t receive adequate care at the nursing home and wind up back in the hospital within days, sometimes dying as a result of complications that could have been avoided. The problem isn’t just that hospitals push patients out their doors earlier, but that “many [nursing] homes, with their sometimes-skeletal medical staffing, often fail to handle post-hospital complications — or create new problems by not heeding or receiving accurate hospital and physician instructions.” The variable that makes a difference in the outcome is the quality of the nursing home to which the patient is sent. “Out of the nation’s 15,630 nursing homes, one-fifth send 25 percent or more of their patients back to the hospital, according to a Kaiser Health News analysis of data on Medicare’s Nursing Home Compare website. On the other end of the spectrum, the fifth of homes with the lowest readmission rates return fewer than 17 percent of residents to the hospital.”

While the problem reported at NPR happens most frequently to Medicare patients, you can take steps now, while you are healthy – no matter what type of medical coverage you have — to protect yourself from the risks of post-hospitalization nursing home care. You can look into the quality of rehab centers or nursing homes in your area, and have  an attorney write a health care proxy for you in which you stipulate which of them you wish to use if you ever need one. This would be particularly important in the event that you were discharged from the hospital while still unable to articulate your preferences at the time. You can also use estate planning documents to establish a fund that sets aside money that can be used to provide you with the best nursing home care possible in the event you need it, including paying for a higher-quality care facility. These are part of the services available to people who establish will and/or trust documents, which take care of planning far more than which niece or nephew gets your cherished marble chess set or your grandmother’s silverware.

Contact me today for more information on how you can protect your own health and well-being by planning your will and estate documents now.