You may have seen the latest headline about Aretha Franklin’s estate. Not one, not two, but three handwritten wills have been found and submitted to the court. There are several reasons why this news is so important. When Ms. Franklin died, it was reported that she had no estate planning. Generally speaking, that means she died intestate, and the state law where she was a resident, Michigan in this case, decides how her assets are divided. With the discovery of three handwritten wills, the court now has to decide if any of the wills are actually valid under state law, and if so, which one controls how Ms. Franklin’s estate is divided. Not all states recognize handwritten (and I mean actually handwritten) wills, so that will be the first question the court has to address. Next, if handwritten wills are valid in Michigan, the court will have to decide if Ms. Franklin created the wills properly under state law. For example, some states require two witnesses to a handwritten will. If that is the case in Michigan, the court will determine if the wills meet that requirement. Third, the court will have to determine which will is the one that Ms. Franklin executed last because, presumably, that will should state that all other wills are null and void.

The presence of a will also means that someone can contest the will. What that means is that a person can claim the will doesn’t really reflect what Ms. Franklin wanted done with her estate. How can that happen if she wrote the will herself? Well, there could be a claim that it’s not her actual handwriting and that someone forged the will to make it look like she wrote it. Someone could also claim that she did not have capacity to write the will, which might mean a claim that she suffered from dementia. Another claim could be that she was unduly influenced or coerced into writing the will. It will be interesting to see what happens with the wills. 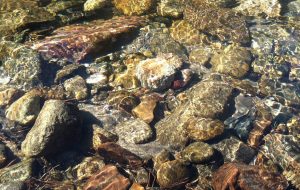 Is a handwritten will valid in Massachusetts? Yes, if it meets certain criteria. Should you write one instead of consulting with an estate planning attorney, such as myself? Probably not. You don’t know if your will or other estate plan meets state law requirements and is valid if you don’t consult an attorney. There are also many considerations that go into deciding what kind of estate plan is best for you. Let’s look at Ms. Franklin’s situation again. Let’s assume that at least one of the wills is valid. Depending on how much her estate costs, she may have to pay a lot in federal estate tax that could have been avoided if she had the proper estate planning, such as a trust. In Massachusetts, we have a state estate tax, so you have to really be careful that your estate doesn’t have to pay that tax when you die. In addition,  wills are public documents. If Ms. Franklin had executed a trust, then the distribution of her assets would have remained private.

There are many considerations – legal, tax, and otherwise – when creating an estate plan. Contact me today, and we can discuss the different possibilities that can protect you, your family, and your assets.